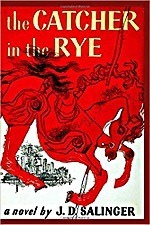 If you think back to all the stories you've read over the years, you'd be hard pressed to come up with more than a handful of memorable characters. That's because most writers don't take the time or the energy to create living, breathing, multi-dimensional people to populate their books--not even the most successful of writers. And that's a bad thing.

But if you think back to all the real-life people you've met in your lifetime, you'd remember a few doozies! The reason is simple: memorable people are memorable because they are real characters. They stand out in a crowd. They break from the mold. They literally knock your socks off. And that's a good thing.

The reason I bring this up is simple. By introducing a memorable character early in a book, you can literally snag a reader for life. Better still, you can snag that overworked, jaded editor into wanting to read more--you know, catch him just long enough to get him interested in your story so that he keeps reading far enough into the book to discover the unique plot and your effervescent literary style.

Hook 'em, book 'em, and cook 'em. That's what writing is all about.

But what marks the difference between a truly memorable character and a ho-hum literary creation? It's something I call the quirk factor.

Remember Holden Caulfield in J. D. Salinger's The Catcher in the Rye? He's a morass of quirkiness, a cauldron of contradictions. Once you read some of his early reflections, chances are you're not going to want to stop reading until you find out just what happens to the guy.

"If you really want to hear about it, the first thing you'll probably want to know is where I was born, and what my lousy childhood was like, and how my parents were occupied and all before they had me, and all that David Copperfield kind of crap, but I don't feel like going into it, if you want to know the truth."

Let's be honest here. There's something awfully intriguing about a narrator who begins telling his life's story by saying he doesn't feel like telling his life's story. That unexpected vignette makes us more determined than ever to follow up on him, to learn what makes him tick. Of course, when we do, we discover even more quirkiness.

"I'm the most terrific liar you ever saw in your life. It's awful. If I'm on my way to the store to buy a magazine, even, and somebody asks me where I'm going, I'm liable to say I'm going to the opera."

Of course, we've all known liars in our lives. But liars--as pathetic as they may be in real life--are still as interesting as hell. That's yet another reason we're anxious to learn more about this guy. He's a liar, and he says so outright--the paradox of the ages! But that's not all.

"Anyway, I'm sort of glad they've got the atomic bomb invented. If there's ever another war I'm going to sit right the hell on top of it. I'll volunteer for it, I swear to God I will."

I think you're beginning to get the message. Characters who are lazy or crazy or loons or toons are more interesting, more intriguing, and more memorable than your run-of-the-mill type creations. Writers who realize this get in on the action early. They produce books such as One Flew Over the Cuckoo's Nest, The Caine Mutiny, The Maltese Falcoln, and even Moby Dick. Can anyone say after reading that ctwo-hundred-year-old lassic that Captain Ahab was just ho-hum?

Of course, not all memorable characters are memorable for what they have to say. Some are memorable for other reasons, as in the case of the main character in Solid Stiehl, by yours truly. The narrator describes his first encounter with the venerable older writer:

"I quickly surveyed his large, bulging eyes, puffed out and encircled by several rings of time, before I guided my gaze across his thick, meaty face to his nose--a great bulbous affair that shone bluish-gray in the cast of a long bank of fluorescent lights stretched out overhead. Running from one side of his nose to the other were scores of tiny blue-green lines--ribbons of highway seen from a jetliner, at first barely visible from high above the city, and then growing ever larger and more prominent with each passing second until they threatened to explode into a billion shards of concrete and steel.

"His mouth was the only thing about him that did not seem too large for his overall carriage. Not his mouth, exactly, but his lips. Two thin lines that, later when I got to know him, I would see purse out in an effort to expand their size, as though he knew that these mere slivers of pastel were the one feature out of keeping with his greatness and set about to change them."

Without so much as uttering a word, Hymie Stiehl marks his debut as a memorable character, an intriguing personality with strange quirks and bizarre features out-of-keeping with most other characters we encounter in our daily sojourn through life. Later in the book, he confirms that notion with his unique way of expressing himself:

"Hey, kid. You're all right. Got your head up your ass sometimes, but, basically, you're okay."

So, writers reveal their characters' quirky personalities via their dialogue as well as their physical descriptions. That gives a writer two opportunities to wax chaotic, although there's a third more subtle but equally effective means: by noting the character's off-beat actions, as in this scene where Stiehl prods a taxicab driver into taking him to Chicago's Comiskey Park.

"Hymie leaned forward and rapped his knuckles against the driver's back as if he were knocking on a door. "Hey, Hor-hey," he growled contemptuously. "I said Thirty-fifth and Shields, not Forty-fifth and Michigan, comprende? Where the hell you takin' us, anyway? Come on, wetback. There's fifty cents American in it for you if you get us there alive!"

Within a few short lines, we're treated to a painting of the real, the genuine, the unpretentious, the base, the intriguing, and the memorable Hymie Stiehl.

That's another thing writers need to remember when painting their creations: memorable characters don't need much to become memorable characters. A few carefully chosen words, a couple of descriptive passages, and the exhibition of a genuine contempt for--or lifelong love affair with--humanity are enough to create a truly quirky character.

Spend some time fine-tuning your characters' personalities, and you'll reap the rewards of success as sure as you're sitting there, thinking to yourself, "Who's for dinner?"