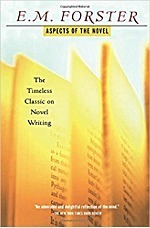 E. M. Forster introduced the concept of the "flat" character.
Characterization. The word, itself, strikes fear into the hearts of trembling young novelists. What I'd like to know is ... why?

The characters in your fiction make the whole thing work. It doesn't matter how brilliant a plot you construct or how lively the action. It doesn't mean a thing if you paint the most glowing descriptive passages ever. The whole book isn't worth a tinker's damn if your characterization is flawed. Here's why.

People care about people. Or, at least, they want to. They may love them, they may hate them. But the bottom line is they're empathetic toward them. Even books that have non-people as their characters (remember Christine?) embed those non-humans with human-like characteristics, making them, in effect, people.

So, what are some of the things our readers want to know about the characters in a book?

1.) Physical appearance. Readers like to be able to "see" the characters in their minds. That's where descriptive writing comes in. Take this description, for example:

Studley was small in size, 5-foot-nothing, with saucer-sized eyes that never seemed to close even when he slept. His nose was larger than normal, shaped like a walnut before it's husked, and his mouth turned down at one corner, down even farther at the other. His skin showed the color of concrete before water is added--ashen, dry, powdery, mildewed, with small blue and green flecks in it, like a piece of aged Stilton pocked with mold. He bore none of the features that could normally be called "striking." Yet, he held a twinkle in those saucer-eyes, a glow that displayed a love for life unlike any anyone else had ever seen before.

Contrast that with this:

Ruggles was the kind of guy you wouldn't look at twice, plain, average-looking, with little to set him apart from the average Joe.

2.) Internal makeup. This is the stuff that powers a character, that makes him go. It's what's inside, a character's character, and it can be a strong motivating tool. Check this out:

Sean had the kind of fire burning in his stomach that you read about. On days when everything went well, he was all fired up, burning, yearning for some action. On those other days, those days when everything turned to shit no matter how hard you tried to prevent it, he was worse. He carried the thought of revenge like a carpenter carries a tool belt, from one day to the next, from hour to hour, minute to minute. He was obsessed with the stuff. He never ate, drank, or slept without feeling it gnawing inside of him, trying to escape, like a rat chewing its way to freedom from inside a barn ... one angry, determined bite after another.

Angelica was always upset. Nothing seemed to calm her down.

3. Personal history. This is what your characters have experienced before the reader ever has a chance to meet them. It is, to a great degree, what determines their internal makeup (and sometimes, even, their physical appearance). For example:

Bartell's face lit up from within, not with a pleasant, warm, loving kind of glow, but with a maniacal fanaticism that threatened to devour him. In fact, it almost had. When he was just a kid loading hay in the mow, one of his brothers thought it would be fun to scare him. Bartell had always been afraid of fire. So, three days later, still wrapped in the nebulous protection of Intensive Care, the first of the bandages came off ... and eight months after that, after four attempts at covering the damage through plastic surgery, the last. There was little difference between the two unveilings. But there was a world of difference in Bartell. Staring at his grotesque, misshapen form in the mirror, he vowed not to get even. No, that would be too easy, too predictable. He vowed, instead, to remove the plague that had haunted him for most of his life. He vowed to share his misfortunes with his brother the best way he knew how.

Margo's life had been wrapped in sorrow ever since the accident. She walked with a limp still. And the anger she felt because of it followed her everywhere.

What's it all about, you ask. Well, in each instance above, the longer, more elaborate descriptive detailing of the characters creates what's called a "rounded" character. It is someone the writer intentionally fleshes out. It is someone he wants to expose to the reader simply because that character is going to be pivotal within the story. He's there to make a difference. That character needs to be known and understood--pitied or admired, shunned or respected. Upon that character (and usually other nearly equally rounded characters within the story) lies the success of the writing.

But imagine what that writing would be like if every character that passed through your pages received the same rounded development. The bellboy who shows the young couple to their room ... the gas-station attendant who makes a four-paragraph appearance ... the priest saying mass one Sunday, never to be heard from again. What a slow, boring, agonizingly distracting read that would be!

That's where "flat" characters come in. Not only do flat characters receive less development than their rounded brethren, but they deserve less. Think of them as foils, human bridges to get from one scene or set of occurrences to the next. Then you'll see how ineffective giving them too much "roundness" would be to the overall flow of the story.

Flat characters serve to connect the dots in a work of fiction; but they also tend to enliven the rounded characters by their very comparison. You, as the writer, throw together a flat character; you spend tons of time developing a rounded character (not necessarily all at once, of course, but throughout the entire work). But in so doing, you automatically and instinctively trigger in the reader a feeling of which characters are most important (and, therefore, to which they need to pay the most attention) and which are little more than window dressing.

So, the next time you sit down to write a work of fiction, take the time to identify those characters who are rounded versus those who are flat. You'll find that characterization becomes much easier ... when you're not trying to make too much out of too little.
Be the first to comment