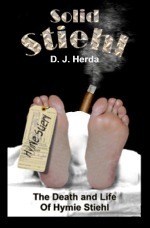 Think about one of your favorite classic stories in fiction. Something you enjoyed reading more than anything else as a child, over and over again. Was it Alice in Wonderland? Treasure Island? Black Beauty?

Now, ask yourself why you enjoyed reading that story so much. The answer is nearly always the same. The main characters.

Characters are what the reader identifies and empathizes with; they are what the reader loves to love ... or hate. Many great stories with weak plots, shoddy descriptive passages, and marginal dialogue have relied for their greatness solely on characterization. If you don't believe me, go back and read Hemingway's The Sun Also Rises or The Old Man and the Sea. Papa's works are notoriously weak on story line and only marginal on description and dialogue. Where Hemingway works his magic is through his characters. When he writes about Ezra Pound or Gertrude Stein, about F. Scott Fitzgerald, we develop a love/hate relationship with those characters that is strong enough to keep us coming back, looking for more pages to turn.

So, how do you get from here to there? How do you take a blank screen and fill it with lovable (or at least empathetic) characters? Let's take a look at some of the things that have always worked for me.

First and foremost, you need to take the time to visualize your characters, one by one. See them in your mind. Ask yourself what it is about their looks that makes them stand out, that makes you notice them in a crowd. Come up with some mental images of each character. How does he look dressed casually, formally, and ready for bed? How does he look not dressed at all?

How do his eyes move? Do they dart around quickly, like those of an anxious ferret, or are they slow to move, cautious, hesitant to be seen in the eyes of others? How does he stand? How does he hold his hands? What does his mouth look like? Can you equate that mouth with something non-human (a "gaping hole" is a bit trite; how about a "great stone cavern of epic proportions")? Often, equating a human physical trait with a non-human feature enables the reader to conjure up a whole boatload of visual images in just a few words.

Once you've come to see your character physically in your mind, it's time to sketch him out in a few short paragraphs of descriptive passage that match your own internal vision. Here's an example from The Death and Life of Hymie Stiehl:

I quickly surveyed his large, bulging eyes, puffed out and encircled by several rings of time, then let my gaze drift across his thick, meaty face to his nose—a great bulbous affair that shone bluish-grey in the cast of a long bank of fluorescent lights stretched out overhead. Running from one side of his nose to the other were scores of tiny blue-green lines—ribbons of highway seen from a jetliner, at first barely visible from high above the city, then growing ever larger and more prominent with each passing second until they threatened to explode into a billion shards of concrete and shattered steel.

His mouth was the only thing about him that did not seem too large for his overall carriage. Not his mouth, exactly, but his lips. Two thin lines that, later when I got to know him, I would see purse out in an effort to expand their size, as though he knew these mere slivers of pastel were the one feature out of keeping with his greatness and set about to change them.

These two short grafs say as much about the physical appearance of the man as anything; yet, in doing so, they also reveal something about his character and internal motivation. Just a touch of vanity appears to reside in this character, which we learn when he tries to expand the insignificant slivers of his lips to make himself look more the role of personified greatness.

Notice, though, that while the paragraphs are revealing, they’re not overwhelming. The reader doesn't need to know every physical aspect of the character all at once--and, in fact, he doesn't want to. Just as we come to observe through time things about the real people around us, so, too, must the writer reveal those things about his characters at a staggered pace, a little at a time. Dumping seventeen pages of physical description on the reader at once not only would place an unbearable burden on the reader's retentive powers, but also would destroy the flow of the story.

“You know him?” one of my students asked casually as we stood in the hall, talking of literary greatness and how best to achieve it.

“Who?” I asked foolishly, following the gaze of a pimply faced young literary radical down the corridor to a stoop-shouldered old goat with pock-marked skin and dead stogie dangling from a pale and puckered mouth. “Him?” I'd known of Hyman Stiehl, the great and famous poet laureate, for years. But who was this? I turned to my student and shrugged, then glanced again at the old man. His steel-blue eyes met mine briefly before darting away, speeding off down the hall where they came to rest on the sylvan form of a young maiden in a tight-fitting green knit dress.”

Now we know a little more about the looks of this character. As a bonus, we also know a bit about the physical appearance of the student to whom the narrator is talking, as well as about some of the habits of our main character. In particular, he smokes a cigar, has quick-moving eyes, and lusts after young girls in tight dresses.

Once you've envisioned your character's physical traits and written them down to share with your reader, try to become your character. Step into his shoes. Learn what motivates him, how he reacts to certainly stimuli around him. After all, if a character were developed simply by describing his physical attributes, writing would be damned easy stuff.

No, much as an actor onstage would do, we writers much become actors offstage. So let's act!

“Yeah,” the student replied as the old man turned and took several sure steps toward us. “Hymie Stiehl. You know him? We have coffee together at Francie’s in the mornings.”

“You? You and …” My mouth fell open as I looked from one face to the other.

“Hey-yeah. Pleased to meetcha,” the two thin lips said, quivering lightly as he held out his hand. “What’s your name again?”

“This is D.J.,” the student responded. “You know, the guy I told you about. The writing instructor?”

“Oh, yeah, yeah, sure,” he said. His eyes glowed suddenly brighter and his brows—already sprouting in every conceivable direction—seemed to rise and swell to twice their previous size. “Oh, so you’re D. J. Yeah. I’ve read your stuff. Some of it. A little. In the papers. Or the magazines. Very nice.”

He held out his hand, and I grasped it firmly, surprised at how weak it felt, how light the grip, delicate, effeminate practically.

Now the reader learns that the character is more complex than originally revealed. And, perhaps, just a tad superficial ("What's your name again?"). He's also not above laying out a little trash, as when he claims to have read D.J.'s stuff, then quickly adds "Some of it" without being able to recall what or where. Notice that, even though the main elements of physical description had been laid out earlier in the book, new bits and pieces are constantly emerging, to keep adding to the overall portrait.

Here, we have some real character development! Now the reader knows for sure what he has so long suspected: Hymie is a stitch! A round, full, surprising, likable, stitch. These grafs also speak worlds about Hymie's character through the words he chooses to use. Meetcha instead of meet you. Within the relatively short space of a few pages, the reader learns that Hymie is crude, boorish, educated, selfish, vulgar, opinionated, self-confident, lustful, rough, gruff, and yet somehow likable.

From here on out, the reader is hooked. Hymie is reason enough to continue turning the pages if for no other purpose than to find out what extraordinary things he's going to do--or say--next.

And that's exactly what a round character in a work of fiction is supposed to make us do.