From Mid-List to Best-Seller 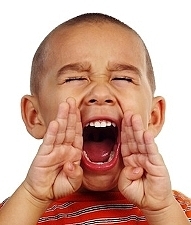 From the rooftops!
We’ve all heard the stories: first-time author inks multi-million-dollar contract with major publisher. Well, it does happen...except that it happens so rarely, it actually is news. Even when that does occur, the multi-million-dollar contract is usually for a multi-book deal (one advance for several books yet to be written). Of course, most news stories miss that tiny detail.

The sad reality of it is that, while better known and proven authors often pull in enough money from which to make a comfortable living, first-time authors more often than not are relegated to what publishers call Midlist, which is the rough equivalent of taking a vacation in hell in the middle of August.

Here’s the breakdown of various publisher’s categories and how newly acquired books are prioritized, from lowest to highest.

Feeling a little silly right about now? If so, you’re not alone. Fewer than one percent of all new authors know what you’ve just learned. And fewer than that escape the dreaded Midlist designation.

New Authors’ Dilemma
No matter what genre fiction or nonfiction you write, get used to the fact that as a first-time author, you’re not going to see much money, either from an advance or from sales of your book. It’s a little like starting in at the ground floor of a major corporation. Your goal, of course, is to work your way up to the President’s Suite. And it can happen. But not until you realize what you’re up against.

Once you recognize that you’re going to be getting virtually nothing from a publisher for a Midlist book (except, of course, for the published book itself), you’re going to want to start making plans to get your next book out of Midlist and up the designated ladder. Your publisher placed your first book in Midlist as a shelf-stocker in order to help keep the publisher’s name alive while making enough money to pay the way for their bigger titles. Sound unfair? We like to think of it more as “real.”

Getting Off Midlist
It’s a fact: most authors don’t promote themselves or their new books. Either they don’t have the money, or they mistakenly believe that the publisher will do it for them. And they’re right ... but not for Midlist books. So the question is how much promotion are you willing to do to help sell your book off Midlist? A publisher is going to have to see substantially more sales than they expect before re-thinking their commitment to you and your book. It stands to reason that, if you can help boost your book sales, you can help raise it up out of the Midlist cellar.

How many books will you need to sell before that happens? Publishers assume that a new author’s book will sell roughly 25% of the number of copies they produce. That’s called sell-through. If a publisher issues a first-run printing of 4,000 books, they’re going to be happy as punch if you sell through a thousand of them. If you sell through 2,000, they’ll be ecstatic. But that isn’t likely to happen without your help.

So, come to grips with the realization that, in order to make money from your Midlist book and help boost future books off Midlist, you’re going to have to lure readers into picking up your book from a shelf holding literally hundreds of others. Luckily, that task has gotten somewhat easier with the advent of the Internet.

Here are a few suggestions for you to consider.

• Take out advertisements in magazines whose readers are likely to be attracted to your book. Advertise in women’s magazines or women’s sections of local newspapers if your book is a Women’s, Chick Lit, or Romance title. Advertise in Popular Science if it’s a tome on how to build a solar panel. You’ll have to shell out money for the ads up front, but hopefully you’ll recoup that in sales on the back end, and possibly even make a profit.

• Go to your publisher’s warehouse and physically sign all of your books before they’re shipped out to bookstores. That could cost you several hundred dollars in travel expenses and several hours worth of writer’s cramp, but believe me, it’s worth it. The readers will see your signature every time they open the book and begin to relate your name to the quality of the book they’re reading. And that will help set the stage for future sales.

• And, while you’re there, have some gold-foil “Autographed Copy” stickers made up, and paste them to your book’s front cover jacket. Send additional stickers to the bookstores handling your book. Your publisher can provide you with a list of stores.

• Arrange for book signings at bookstores and libraries. Begin locally, and gradually branch out from there. Make sure you bring an adequate supply of books with you to handle anticipated sales. The store owner or acquisitions librarian can give you an idea of how many to bring based upon experience.

• Call local schools and colleges and offer yourself as a speaker, free of charge. Then set up a book signing near the entranceway afterward.

• Post a free or inexpensive classified ad in your local newspapers, volunteering your services as a speaker in your area of expertise.

• E-mail, telephone, or write bookstores too far away to visit personally and ask if you can send them a poster, bookmarks, and other promotional material. Your publisher should be able to help. If not, take your book’s cover to a copy store and have them blow it up to poster size.

• Solicit book reviews wherever possible. Get advance copies of your book (even printer’s proofs) out to reviewers as soon as possible, and post any reviews you receive everywhere you can think of. Even marginal reviews generate sales, so don’t pick and choose only the best.

• Hire a book promotion specialist to get the word out about your new book. This could cost between a couple hundred and several thousand dollars, depending upon the complexity of the campaign. Some ready-to-wear campaigns are relatively inexpensive and automated, leaving you more time to concentrate on other matters.

If all of this is beginning to sound like a lot of work, you’re right. But you have to remember that, as a Midlist author, you are self-employed. You own your own business. And, as with anyone starting his own business, you’re going to have to sweat and toil to break out of the pack and make a name for yourself.

Once that happens, you’ll find subsequent book sales growing. And with them will come better publishing deals with greater advances and more promotional money behind them.

If, after reading all of this, you find that you’re simply not willing to put out the additional effort, well, that’s not the end of the world. After all, being a Midlist author isn’t the worst thing that can happen to a writer. You have already succeeded where ninety-nine percent of all other writers have failed: you’ve gotten your book published.