"We cannot continue to prop up a digital supply chain ... which at times is little better than a swamp in terms of its transparency," Unilever marketing boss Keith Weed said. 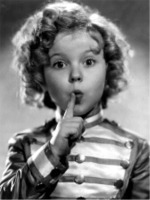 Are you to blame? Are you the devil? I've seen a lot of accusations thrown around lately about "unnamed sources." Hopefully, not from you. But a growing number of legitimate news outlets, particularly those bent on destroying the Trump White House, manufacture stories, including innuendos and accusations, attributed solely to an unnamed source. Most of these are fabrications. The only "unnamed source" these fake news folks have is their own fecund minds. In the real journalistic world, a source will occasionally insist upon remaining anonymous in exchange for spilling the beans on someone or something. In half a century of reporting, I have attributed material to an unnamed sources three or four times. That's in more than tens of thousands of newspaper and magazine articles. Read More
Be the first to comment 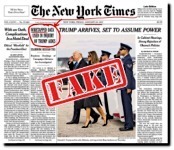 I saw the inevitability of fake news half a century ago when the British press devolved into a ragtag bunch of self-serving renegades taking Yellow Journalism to its zenith. It seemed back then that the American press would eventually follow, and it did. But not until the last presidential election has America's "Freedom of the Press" morphed into "Free-for-All of the Press." Read More
Be the first to comment