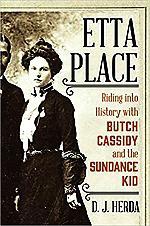 The mystery began simply enough with her identity: Who was she? Now, at last, we find the true Etta Place. 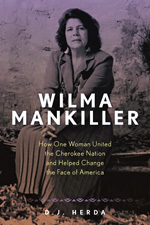 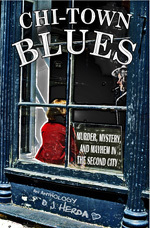 Murder, mystery, and mayhem in the Second City where all hell breaks loose.. 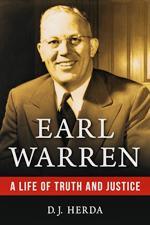 One of the world's most dynamic leaders, from D.A. and Governor to vice-presidential candidate and Supreme Court Chief Justice 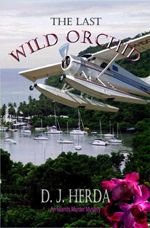 Mark sets out to avenge his mother's death. But how will he recognize the killer? And when? What will he do to help bring him to justice? And who can he turn to for help once the police declare the case "cold" and close the books on it? 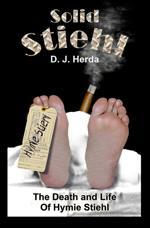 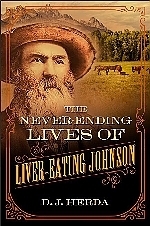 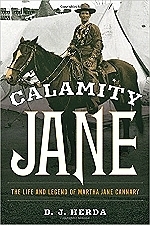 The Pinkertons knew her as "Ethel," "Ethal," "Eva," and "Rita" before finally settling on "Etta Place" for their wanted posters. After Harry Longabaugh (the Sundance Kid) introduced her to Robert Parker (Butch Cassidy), the three joined the rest of the Wild Bunch gang and set off on a spree of bank, stagecoach, and train robberies.

With the law hot on their heels, they rode up to Robber's Roost in southwestern Utah where they laid low until word reached local authorities of their whereabouts. On the run again, Place accompanied Longabaugh to New York City, where on February 20, 1901, the couple joined Parker, posing as Etta's brother, "James Ryan," and sailed for Buenos Aires aboard the British ship Herminius.

On December 19, 1904, Place, Longabaugh, Parker, and a third unknown male robbed the Banco de la Nacion in Villa Mercedes, four hundred miles west of Buenos Aires. Pursued by armed federales, they crossed the Pampas and the Andes and returned to Chile. But before long, Place grew weary of life on the run and lamented the loss of their Cholila ranch and the promise of stability it had held. In June 1906, Longabaugh accompanied her from Valparaiso, Chile, to San Francisco, where she kissed him goodbye for the last time before he returned to South America and infamy.

Wilma Pearl Mankiller's great-grandfather had survived the deadly forced westward march of Native Americans known as the "Trail of Tears." She rose to lead the Cherokee Nation more than 150 years later as principal chief, the first elected female chief of a Native nation in modern times. Throughout her reign from 1985-1995, cut short only by her own severe health challenges, she advocated for extensive community development, self-help, and education and healthcare programs that revitalized the Nation of 300,000 citizens. Wilma Mankiller will continue to shine as an inspirational example of the faith in her belief that ethnicity should never be forgotten--nor come before family unity, society, and country.

It's Murder, Mystery, and Mayhem in the Second City when a shady landlady with a half-dozen skips on her hands, a suburban contractor in the Mob's cross-hairs, a nearly frozen fisherman with a sloe-eyed, murderous blonde to heat things up—they're all here. From the wealthy Near North Side and the chimera of Rush Street to the city's plebeian suburbs, this is a cross-section of Chi-Town's most secretive, seductive, and seditious characters. This wild-and-wooly, sexually charged, hit-and-hit-harder book exposes the soft underbelly of Chicago's most riveting criminal elements. All the cops, dicks, cons, dames, skirts, and criminals whose paths a living body could ever hope to cross—or not!—make appearances in this whimsical, haunting, riveting, and erotically charged neo-noir. From Crime and Punishment to Humor, Spirituality, and Redemption, these tales enlighten, educate, amuse, and mystify with life as it used to be in the Second City. Uncover the real Chicago at the hands of a native Chicagoan whose latest book brims with mystery around every aging brownstone—and mayhem atop each spiraling staircase. Uncover the inner workings of what former mayor Richard J. Daly called "The city that works." Uncover the Second City's unique brand of crime and punishment in D. J. Herda's CHI-TOWN BLUES.

How did a conservative Republican end up creating the most liberal Supreme Court in modern history? This new biography of Earl Warren Sr., based on primary sources and previously unpublished material, brings together for the first time family recollections, anecdotes, mementos, photos, documents, and excerpts from diaries, along with the facts of the great jurist's life. The result is the most accurate, up-to-date, and complete picture of the man available.

Mark sets out to avenge his mother's death. But how will he recognize the killer? Living in on an Island paradise, Mark celebrates his twenty-first birthday by confronting a deadbeat Private-Eye father who abandoned him twenty years earlier, a well-meaning but bungling director of marine studies, an international espionage plot, an unrequited love, an aggressive and beautiful young soucouyant, a murderous underground black-magic cult, and a pod of rambunctious dolphins. The results are anything but Flipper in this multicultural tale based upon a true story that takes place only where The Last Wild Orchid grows.

The lucious Caribbean island setting for this novel will make you salivate. But looks can be deceiving--and deadly--as Mark soon learns when he sets out to find the person responsible for his mother's death. Calling on all his instincts plus the services of a deadbeat father who left the family when Mark was still an infant, the young man celebrates his 21st birthday by consulting a voluptuous soucouyant skilled in seduction (not to mention black magic), a local tribal medicine man seeking a husband for his granddaughter, and his best friend and computer geek. In the end, all hell breaks loose as Mark struggles to tie together all the loose threads in this skillfully woven tale of unrequitted love, lust, deceit, and betrayal by a seasoned master storyteller in his latest fictional work. Don't miss it!

When Hymie Stiehl, one of Chicago's most notorious raconteurs, learns that his pal Jungle Jim Alavera has disappeared, he knows what he has to do. Realizing that Alavera is still alive but in growing danger, Stiehl fakes his own death only to reemerge in drag to try to locate his ball-playing compadre. After Stiehl's "snitch," Jimmy the Mole, tracks Alavera to a small brownstone in New Town, Hymie and his college-professor sidekick decide to pay the jock a surprise visit. But when the two walk into a ransacked apartment with the water still warm in the bathtub, Stiehl realizes things are getting serious. Even more so when a mobster puts a hit on a college president for screwing him out of hard, cold cash. But when the kid finds himself alone with the fantasy woman of his dreams--and Alavera's girlfriend. And the mobster's. And the college president's ... well, things really get sticky.

He traveled from Atlantic to Pacific, doing whatever he could think of to survive the harsh glare of the rugged, savagely beautiful, relentlessly unforgiving Rocky Mountain West. And if that meant launching a twenty-year vendetta against the Indian tribe that killed his believed wife and unborn child, all the better. It's the true-life story ghat launched the Robert Redford film, Jeremiah Johnson, and it will live on American western lore forever.

Young Martha Jane Cannary began life as a camp follower and street urchin. Parentless by the age of twelve, she morphed into the mother of two who just as often took employment as a waitress, laundress, or dance hall girl as she did an Indian scout or bullwhacker. Just as likely to wear a dress as she was buckskins, she was impossible to ignore no matter what she wore, particularly after she'd had a few drinks! And she shamelessly parlayed into a legend the aura of fame that Edward L. Wheeler's dime novels crafted around her.
Perhaps most amazing of all, in an era where women had few options in life, Calamity Jane had the audacity to carve them out for herself. The gun-toting, tough-talking, hard-drinking woman was all Western America come to life. Flowing across the untamed small towns and empty spaces of South Dakota, Wyoming, and Montana like the wild running rivers of the American West, she helped create the legend of Calamity Jane from scratch. Part carnie barker, part actor, part sexually alluring siren, part drunken lout--she was all of these and much more.