About Writing Right: The Blog 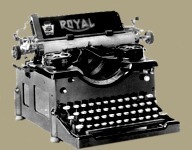