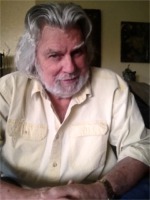 Feb. 23, 2017. Multi-book author/editor/ghostwriter D. J. Herda has today been named a scout for Elektra Press, according to E. P.'s CEO Donald Bacue. Herda's role will be to discover and sign to contract new and exciting literary discoveries, most notably from minority authors (particularly women), first-book authors, and foreign authors and to see them through to the successful editing, preparation, and publication of their works.

Among those fiction genres of particular interest are Women's, Debut, Literary, Mainstream/Contemporary, Romance, Historical, Mystery/Suspense, Western, Science Fiction, and Fantasy. Among nonfiction, Herda will be soliciting unusual and groundbreaking works from authors with solid platforms who have been unable to find a market for their seminal works at other houses.

Says Herda, "I am particularly proud of the goals and literary standards set by Elektra Press, and I'm pleased to have been named to its staff in helping to secure for the literary world the best undiscovered writers of the ages. If a book has potential, I'll be representing it to Elektra Press."

Elektra Press is a conventional advance-paying publisher whose first works, CRAZY-GOOD LIVING by Dr. Alvin H. Danenberg (nonfiction) and THE DEVIL IN THE DEAL by Sheryle Bauer (fiction), are due out in mid-2017.
Post a comment